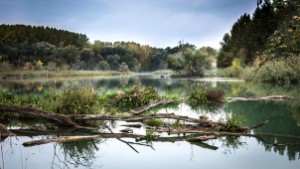 EL PASO, TX – Border Patrol discovered the body of a 19-year-old Mexican citizen floating on Wednesday in a canal located in El Paso County. According to a spokeswoman for the local sheriff, this was the 9th body pulled from the canals this month.

Border patrol spotted Natividad Quinto Crisostomo, who hails from Paracho Michoacan, Mexico, in a canal near Clint, Texas. In fact, this information comes courtesy of Chris Acosta, the sheriff’s spokeswoman.

It was roughly around 6:10 in the morning that a U.S. Border Patrol agent saw the body of Crisostomo bobbing in the canal water. Consequently, the Border Patrol contacted local officials and they dispatched sheriff’s deputies to the location. Again, all this information comes from Acosta.

El Paso police worked quickly to remove the body from the canal. Currently, the death is under investigation by the local Sheriff’s Office.

Some segments of the Riverside canal run parallel to the Rio Grande. Moreover, it should be noted that eight other similar deaths have occurred in the El Paso adjacent canals this month alone. Unfortunately, this wave of deaths comes amid a rush of migrants attempting to cross the border.

Currently, El Paso officials are busy trying to determine the identities of all the dead who’ve been uncovered from the canals.

To illustrate the alarming nature of these discoveries, the El Paso Fire Department Water Rescue Team pulled a total of 11 bodies from the canals in the whole of last year.