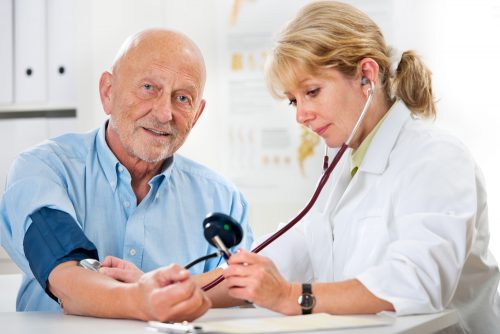 It is a fact that most people around the world don’t like going to the doctor. However, colon cancer must be detected as soon as possible, it can save your life.

It is the time to put all the excuses aside, most importantly for men, and get serious about your health, because it takes more than an apple a day to keep the doctor away.

“The only reason I would go is if I’m dying,” said 24-year-old Austin Green.

From probe-a-phobia to time constraints, Dr. Stephen Miniat has heard all the excuses–but the recommendation is to go to the doctor at least once a year.

“You can get away with it for a while, but sooner or later you’re going to pay the price,” he says.

So, what are men really worried about?

“I think it would be cancer,” answered 52-year-old Jerone McQueen.

According to the American Cancer Society, about one in every nine men will be diagnosed with colon cancer during his lifetime. What age should men start being screened for it?

According to Jack Rowell, between the ages of 40 and 45.

The recommended age for a colonoscopy is age 50, for both an exam and a colonoscopy, unless you’ve got symptoms or a family history of either cancer.

“You’re actually trying to catch cancer before it occurs and if you can do that, then your success is much greater,” Miniat said.

Men between the ages of 20 and 69 are almost twice as likely as women to have hearing loss, according to the Journal of the American Medical Association.

What’s to blame? Dr. Miniat says it could be a number of things.

“Work environment can make a big difference, any exposure to loud sounds makes a difference,” he said.

According to the Mayo Clinic, after age 30 or 40, some organism levels generally decline by 1%, each year. Dr. Miniat says there are several replacement therapy options, but they can have side effects.

The message here? Go to the doctor and pay attention to the smallest symptoms. It can be the beginning of something big.