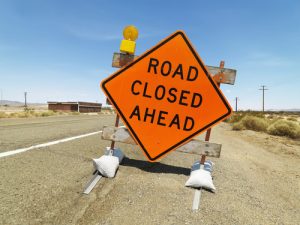 EL PASO, Texas — Drivers in Northeast El Paso will be forced to detour for the next three months. Diana Drive is currently closed eastbound from Gateway South Boulevard to Hondo Pass Drive so crews can stripe the road. Starting Tuesday morning, the Diana Drive underpass will be closed for three months.

This is part of the Texas Department of Transportation’s U.S. 54 Widening and Illumination Project. It started in November and is expected to be completed in March 2019. The project costs $35 million.

TxDOT said crews will reverse the existing entrance and exit ramps so traffic can merge onto the access roads instead of the main lanes. This will help people who walk in this area. The department said pedestrians will get a 2-mile shared-use path northbound from Hondo Pass Drive to Transmountain Drive.

“I think it’s going to be a very big inconvenience for all of us who live in this area because that’s the exit we take, and we are going to have to get off before or after,” said Gina Torres, a 20-year resident of Northeast El Paso.

“That’s kind of annoying, just the fact that that freeway is there. It disrupts the view of the mountains anyway. I don’t like it at all,” said Melinda Williams, of Northeast El Paso.

After the construction is complete, there will be an extra lane on each side of U.S. 54. There will also be better lighting and turnarounds at Hondo Pass Drive, Diana Drive and Loop 375/Transmountain Drive.

TxDOT said drivers should use the gateways and turnarounds at Transmountain and Hondo Pass drives for the next three months.