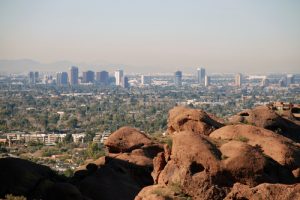 EL PASO, Texas — City officials are gathering the public to gain information about the upcoming plans of bringing builder to vacant areas in the Borderland, on Thursday.

These new tax increment reinvestment zones (TIRZ) will be discussed at the meeting, which are zones that attract developers to come to El Paso and build on empty areas.

One of those zones would build developments in the foothills of the Franklin Mountains, which has controversy this week.

That zone is one of three proposed TIRZs, consisting of about 3,874 acres on the far west side near I-10 and Paseo Del Norte.

In addition to building houses, the city says 3.5 million sqft would be used for office and retail construction.

TIRZs are designed to attract builders because utilities can be paid for by taxes that homeowners in the area pay.

The city says the zones help bring investment, excitement, and energy to these areas in the borderland.

The two others proposed TIRZs are about 50 acres in the Northeast, including the Cohen Site and about 1,000 acres on the far west side near Transmountain.

If you are interested in learning more about the zones, you can attend Thursday’s community meeting at 6 p.m. at the West Side Regional Command Center, 4801 Osbourne Drive.

A community meeting will be held on June 6 at 6 p.m. at the Northeast Regional Command Center, 9600 Dyer Street.

Also, another community meeting is scheduled for June 7 at 6 p.m. at the Pebble Hills Regional Command Center, 10780.