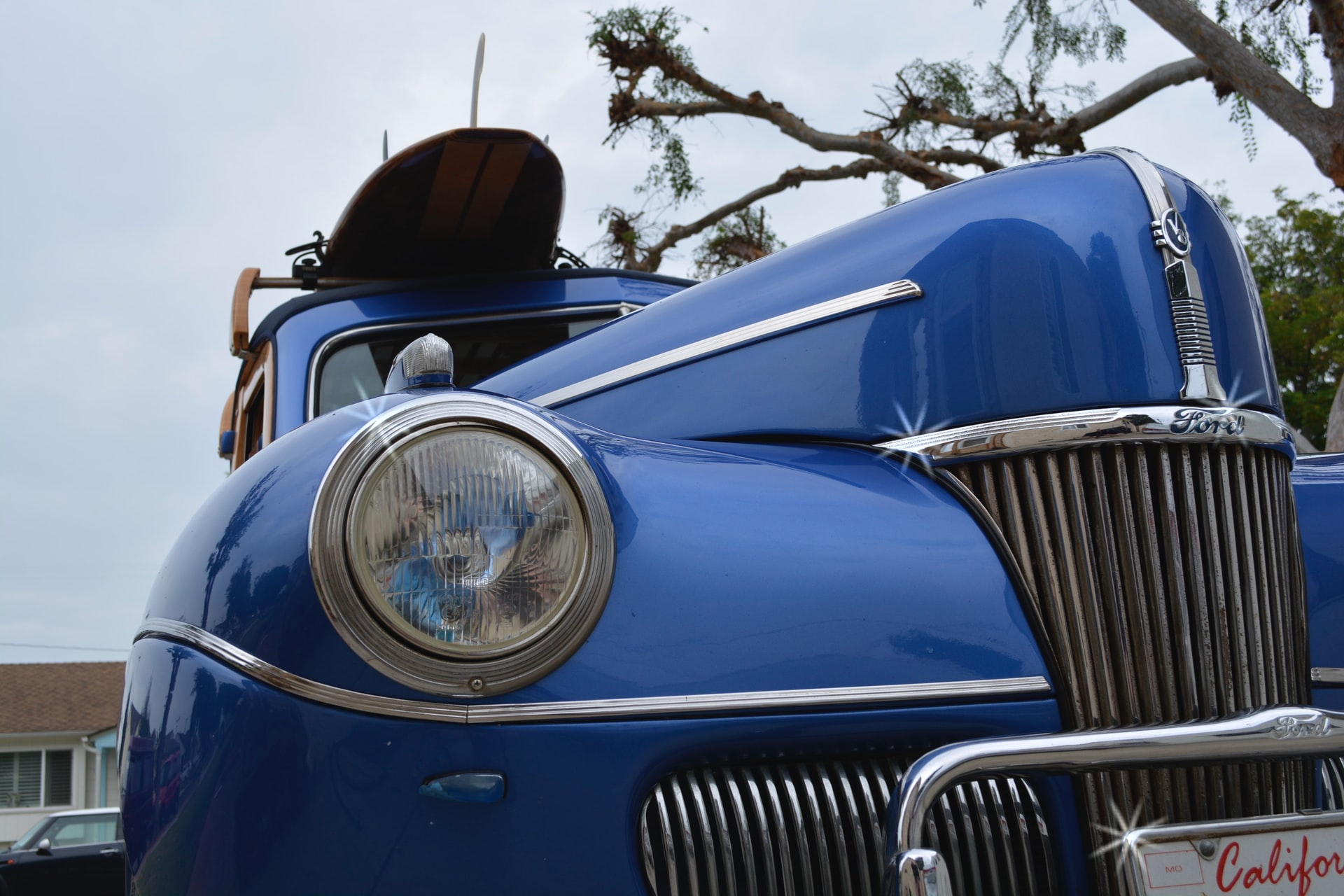 When we say “fat fender,” we’re not talking about a guitar that was drawn by notable Colombian painter Fernando Botero. No, dear reader, we’re talking about cars. Specifically, Ford models produced from 1935 to 1948, distinguishable by their huge fenders, mostly up-front. As you may be able to see by googling “fat fenders,” they’re a popular choice for hot rods and a well-known crossroads of the hobby. Right up their with Model Ts, As, Tri-Five Chevys and Corvettes. Needless to say, owning one of these fat fenders speaks volumes about the 1950s and 1960s.

So What’s The Big Deal About Fat Fenders?

Well, in 1949, the point of hot rods were coming up to a climax. And the big reasons why had to do with the huge front-ends of the cars that protected your beloved Buick from the dangers of demolition derbies. This happened in-part because manufacturers left the idea of detached extended fenders alone in favor of slab-side bodies. (For Fords, they were called “shoeboxes.”) These came with integrated fenders.

This change supported enough evidence to reconstruct 1949 as the year between early and modern styling. It was a brand new era for everyone to hoot and holler after because quite frankly, fat fenders were way too cool for school. So here’s my reasoning behind going ahead and owning one of these already! Just do it!

Because when driving one of these hot-rods, you can be the talk of the town looking like a gangster from some original Marlon Brando film.

A fat fender ownership shows that you’re all about positive body image. Nothing will scare you away. Not even the obesity of this beastly vehicle.

You’ll care more to take better care of it! I figure because the exclusivity of finding fat fenders in this economy must be beyond rare. Watch where you drive that thing.

A fat fender is likely to indicate that you mean business. You’re not playing around. If a girl is going to say yes to going out with you, it’ll be because she likes you or, more likely, that you have one no-nonsense ride to make her look cool in in front of her rivals.

It’ll help you stand out in comparison to all those dummies thinking faster or more electric is better. Nah, forget what the world says. Listen to your guts. And when that fails, listen to your fat fenders and their guts.

You are going to buy multiple versions, right?

Road Works On I-10 Will Cause Traffic In El Paso

Moving? Here’s What to Do About Your Car