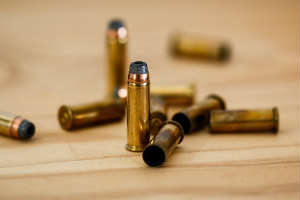 GARLAND, TX – Wednesday night, while confronting a suspect, or suspects, trying to break into his work truck, a man was shot and killed. This Garland murder occurred at an apartment complex.

Police officers responded to the call just before midnight. This was in the 2800 block of Dairy Road, near Broadway Boulevard. And, the man, later identified as Clifford Wayne Wicker Jr., 29 years old, was a father of three children.

According to police, a neighbor informed Wicker that someone was attempting to break into his truck. Therefore, he went to check on the truck. As a result, he was shot multiple times and later pronounced dead at the scene of the crime.

Wicker’s relatives told news reporters that he was a hard-working father, a plumber, who had just gotten home from work. In fact, after hearing gunshots, his wife found him dead.

Police elicited the help of homicide detectives to investigate. Now, they are actively checking surveillance video to try to identify who killed Wicker. The family is devastated by the Garland murder and hopes to find the suspect, or suspects, who shot Wicker and bring them to justice.

More information should be available as the investigation progresses.