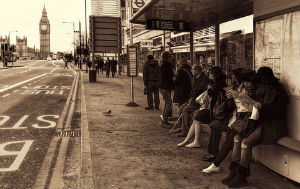 EL PASO, TX – Federal authorities released about 600 migrants in downtown El Paso at the Greyhound station on Sunday. However, the authorities now say that the dumping of the immigrants over Christmas weekend was a mistake.

The drop off sparked an outcry from community organizations as they scrambled to find housing and food for the migrants. But authorities continued to release hundreds more of the migrants downtown through Christmas Day.

Most of the immigrants are fleeing extreme poverty and/or violence and come from Central America.

Federal officials gave no indication that the drop-off was related to the current shutdown of the federal government. The shutdown is related to the impasse between the White House and Congress. The stalemate is over funding for a border wall proposed by President Donald Trump.

The El Paso Times interviewed El Paso City manager Tommy Gonzales about the release of the immigrants. Gonzalez said that he and the fire chief had spoken with the ICE regional director. And Gonzalez reported that the director apologized for the immigrants’ unscheduled release.

City officials will talk to ICE and other officials next week. The discussion will be about “the need to come up with some solutions” regarding the release of immigrants.

ICE left about 200 immigrants at the bus station on Sunday night. As a result, the city brought in police officers in the interest of public safety. In addition, the Sun Metro bus system supplied heated buses for the immigrants. The immigrants will stay on the buses until shelters can be found.

Gonzalez said that the response by city agencies and others shows the of El Paso. He stated, “Texas and the rest of the United States that we’re very compassionate as a community.”