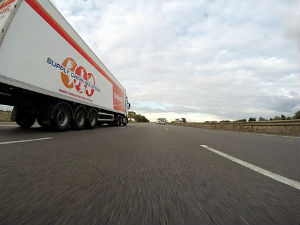 At the Laredo Motor Carriers Association (LMCA) the buzziest discussion surrounded the United States-Mexico-Canada Agreement. On August 15, industry leaders, customs brokers, freight forwarders and trade professionals from both sides of the United States-Mexico border came together in Laredo to hear a presentation about the “Modernization of Cross-Border Trade.”

According to Kenneth Smith Ramos, a former Mexican leader who happened to be the country’s chief trade negotiator on the newly drafted USMCA agreement, the United States must ratify the agreement as quickly as possible.

“I think that you may have a scenario, where if you don’t get (USMCA) signed off on in 2019, normally it will go into next year, but you already have the presidential electoral primaries beginning in February,” Ramos said. “And these votes are usually so polarizing in society and in the U.S. Congress, that it’s likely that the Congress won’t take up the (USMCA) vote. So we may have a situation that it doesn’t get approved this year. But next year, you may a USMCA in limbo. So essentially, nothing happens.”

If the agreement doesn’t get ratified in the near future, Ramos’s big concern is that it’ll get delayed until 2021. Even worse, in his eyes, is if leaders delay ratification until after the next Presidential election. Then if a Democrat wins they’ll want to start over because they’ll see this current version as ‘Trump’s deal.’

According to some officials, the ratification of the USMCA deal would not produce a dramatic effect on cross-border freight because the plan has maintained a lot of the core elements from the NAFTA agreement. Plus, border crossings between the U.S. and Mexico are still quite vigorous right now.

During the month of May, per data from the U.S. Bureau of Transportation Statistics, trucks transported about 70.7 percent of the freight between the two countries. In fact, the freight movement from Mexico to the U.S. was up by 4.3 percent in May in contrast to the same time just last year.

Officials believe the passage of USMCA will be a huge lift to trade. However, not passing it would be hugely impactful to the U.S. Even worse, if the U.S. decides to remove itself from NAFTA.

What do you all think? The U.S. has got to put pen to paper on this agreement soon, right?

Star on the Mountain Story

Toyota Shows Off A Blacked Out Version Of Their Prius