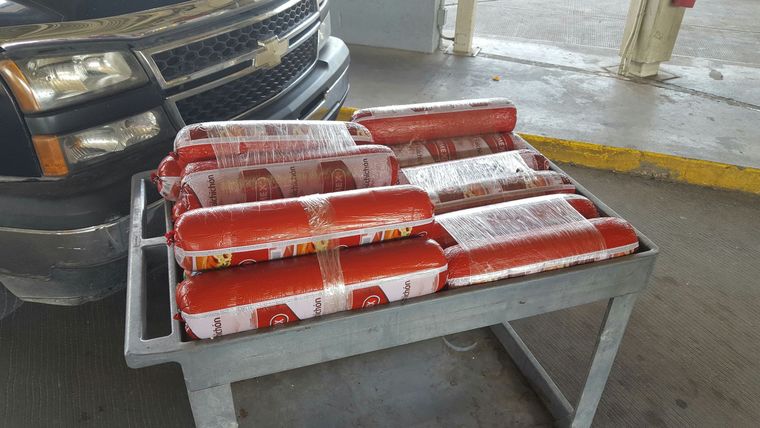 Fourteen rolls of Mexican Bologna were seized by U.S. customs and Border Protection at the El Paso area port of entry. Thursday morning CPB seized 14 rolls of the contraband bologna at the Bridge of the Americas International Border.

Mexican bologna is a prohibited product in the US as it is made from pork and has a potential to bring foreign animal diseases to the pork industry in the US.

The truck driver who was transporting the prohibited meat originally said that he had no agriculture products. However, during a secondary exam he said that there were multiple rolls of Mexican bologna hidden under the rear seat of his Chevrolet Silverado. Agriculture specialists of CBP found the product and destroyed it.

Because the driver had claimed he had agriculture products, he was released. Declared products that are prohibited can be abandoned at the port without consequences. Had the driver decided to do declare Mexican bologna, he would have to pay a penalty up to $1,000.

Migrant Surge Triggers a Need for Federal Assistance Amid Pandemic