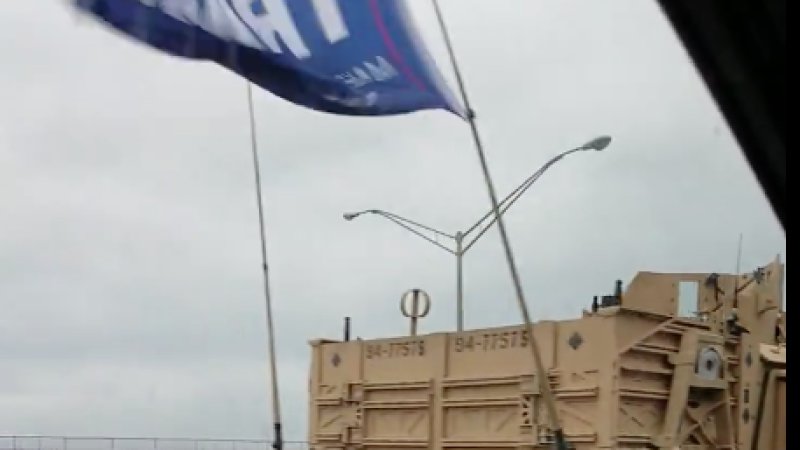 The military shows no interest in getting involved with politics. This does not mean that what is in that video is not against the law.

As stated by the Department of Defense, it is against protocol for any military personnel to so any kind of support for any political message.

In the Department of Defense Guidelines, It clearly states that “Per longstanding DoD policy, active duty personnel may not engage in partisan political activities and all military personnel should avoid the inference that their political activities imply or appear to imply DoD sponsorship, approval, or endorsement of a political candidate, campaign, or cause.”

This leaves us to conclude, that the drivers in this video were enthusiasts who have no relation to the military. These people most likely purchased their vehicle from an army surplus. On another note, it is illegal for civilians to operate such vehicles on public roads. The government based website that sells military vehicles has a clear note that states “for off road purposes only”. The only case that military vehicles are legal is if you can convince your local DMV to give you plates. The vehicles in this video were not plated.

What’s the Difference Between Open and Enclosed Car Transport?