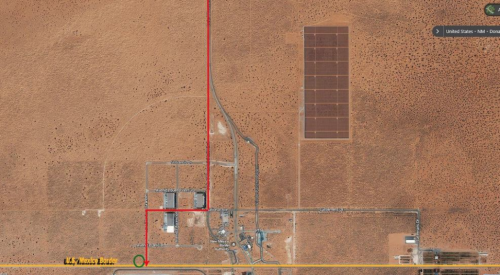 SANTA TERESA, New Mexico — Construction to replace 20 miles of the border fence is expected to begin on Monday.

Groundbreaking for the project will happen about one mile west of the Santa Teresa port of entry. Construction equipment is already placed at that location.

In January, it was reported that the federal government ruled to waive several environmental laws to continue the process of border wall construction.

The new fence will replace the barriers that are in place now to help prevent vehicles from trespassing.

In addition to construction kicking off on Monday, the National Guard came to the Borderland on Saturday.

Local news of West Texas tweeted to say that the troops were briefed on trends from CBP agents at the Santa Teresa border patrol station.

New Mexico Gov. Susana Martinez has not shared her plans for the New Mexico National Guard to come to the border yet.

Groundbreaking is expected to happen at 10 a.m. Monday. It is going to be a 20-mile fence.