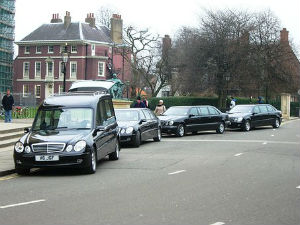 EL PASO, TX – An El Paso motorcycle officer crashed after a collision on Thursday morning. Currently, medical officials are monitoring him in the intensive care unit at a hospital. In fact, doctors performed emergency surgery and the patient is now resting.

An SUV struck and then ran over the officer after the vehicle cut through a funeral procession the officer was escorting. Unfortunately, the officer was badly injured. Consequently, at the hospital doctors performed emergency surgery.

Officials have not released the name of the officer as of yet. However, they revealed the officer was assigned to the Westside Regional Command Center.

According to El Paso police, the collision occurred at 9:35 a.m. at Zaragoza Road and Roseann Court.

As it turns out the funeral procession was traveling north on Zaragoza when a Dodge Durango operated by Nicole Ann Pabon, 41. Pabon was driving southbound on Zaragoza and made a left turn, cutting through the procession and striking the officer.

A passenger in another car, along with another bystander, quickly removed the officer the fallen officer from traffic. One of them administered CPR, according to police.

Police say that crossing through the procession as well as the failure to yield to the right of way were significant factors in the accident. As of now, an investigation by the Special Traffic Investigations Unit continues.