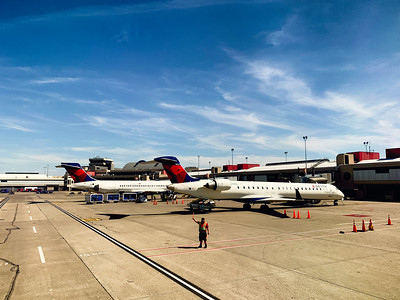 Orlando International Airport has made some large cuts to its future plans. From the developing South Terminal to major lay-offs, the airport is currently experiencing massive deficits.

“We are in a very challenging situation. It is our responsibility to balance the interest of airlines, concessions, and other business partners with the need for fiscal responsibility and solvency,” explained Aviation Authority CEO Phil Brown in a press release. “It comes down to the management of cash for the sustainability of Orlando International Airport and the preservation of a vital asset for the community’s development and future.”

As Orlando starts to reopen, many are flying to other airports. The current issue lies in tourism being attracted to other parts of the state. While many are still looking to travel, the least populated areas have seen an increase.

Places like Fort Meyers have seen a drastic uptick in travelers coming to their airport. With summer fast approaching, many are looking to leave their winter residence to go back to their northern homes.

These low traveling rates have put a drastic hold on keeping certain areas of the airport open. One of the largest sectors, The South Terminal will close off half of its terminals. This acts as a proportionate measure in both saving money while still catering to travelers.

The airport will still cater to both large commercial flights as well as personal jets and bi-planes. This means as an act to support the current traveling numbers.

The national airport industry has seen multiple dips within its existence. None has reached the current level due to COVID-19. The industry is still expecting a quick recovery once the pandemic reaches a slow down.