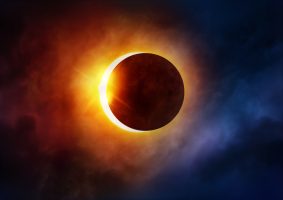 A company based in Santa Fe has started up testing an incredible project like no other in West Texas! And guess what? It involves having WI-FI in space.

Solar Space Co. came up with a new idea a few months ago that involved having commercial WI-FI in space!

This was the second time the Blue Origin New Shepard crew had tested the new system and it was reported as successful.

The astrologists and engineers reported that the crew capsule was able to reach a new high point on top of West Texas. It reached about 74 miles above sea-level and it increased about 35,000 feet more than the earlier testing that they had done just a few months ago.

The crew even tweeted from up there using their new WI-FI system! “What a view of Planet Earth,” they tweeted, while also using the hashtag “WiFiInSpace.”

The CEO of Solstar, M. Brian Barnett, claimed that the system worked just as they had wanted.

The Blue Shepard was launched from the city of El Paso, Texas.

Mainly, the company was testing their new escape system for their crew capsule, but when they saw that this was a good opportunity to test their new WI-FI system as well, they went for it.

The entire flight was about 11 minutes long.

The testing of the escape system involved the capsule getting separated from the booster in space.

John Hopkins University was also involved with this project. Scientists were observing the ambient pressure and magnetic fields that were in the capsule.

And of course, NASA was also part of this project and helped to fund to make the experiment possible.

They plan to launch another capsule in a few weeks. Let’s hope all goes according to plan and hopefully, someday near the future we’ll have WI-FI in space!