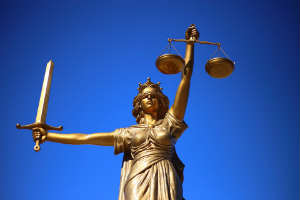 Nearly two weeks after President Donald Trump’s visit to El Paso, the county is suing him for his fake national emergency declaration. This county is not the first to sue him over his extreme evocations. This city, along with various others suing Trump, claims that this attempt to go over Congress’ head and take money for his inessential border wall is a violation of U.S. rights.

The lawsuit sheds light on the numerous issues with his campaign rally from last week.  Trump lied about crime statistics within the city to raise funds for his wall, despite his assertion that Mexico will pay for it.

El Paso County believes that Trump’s tactics are doing more harm than good. It’s not Trump’s own businesses that suffer when he slanders facts. The citizens are afraid of tourism plummeting and businesses losing customers.

The House of Democrats have also clashed with Trump on the issues. They plan to block the national emergency. A week after Trump has made the declaration, there have been numerous problems.

So, what do you think? Is El Paso right to sue Trump?