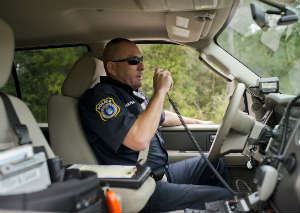 EL PASO, TX – Investigators have finally identified the pedestrian killed in an unfortunate accident on Saturday. Days after the hit and run incident that resulted in a fatality, the victim has finally been identified days later. This man was Miguel Pereda Silerio, age 27.

This accident occurred in West El Paso on Saturday night around 8:30 PM. When the crash occurred, police closed off the Mesa and Resler intersection. Throughout the night, the Westbound lanes were closed off.

When police arrived at the scene, Silerio was in critical condition. When the 27-year-old man was taken to the University Medical Center, he passed away.

According to the El Paso Police Department footage revealed that Silerio did not use a crosswalk. As this event occurred at night, this wasn’t a safe decision. He was struck by a suspect driving a white SUV. The department has released a grainy image of the white SUV. There is also damage to the front of the vehicle. Although, there is no information on the suspect’s description. As it took the police department a couple of days to identify the victim and release the information to the public, they are still looking for the suspect.

Sadly, this is not the first hit and run in El Paso this year. In just 2018, there was a total of 70 traffic-related fatalities.

This collision was an unfortunate incident. Police are asking anyone with information to please come forward with it. If one does have any suspicious information call (915) 832-440 or contact Crime Stoppers.