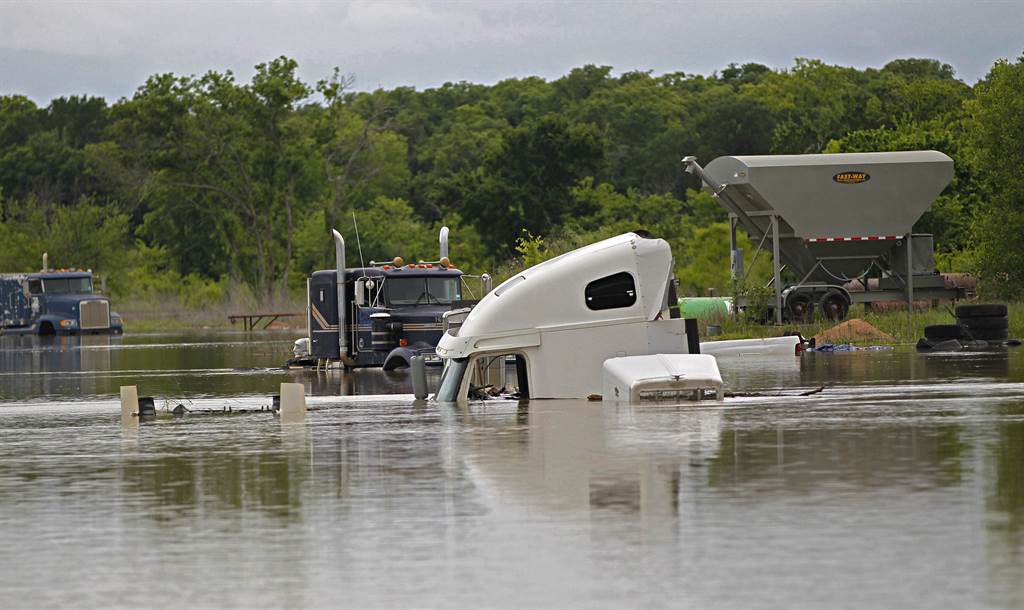 An El Paso truck driver drove into the flood waters on Tuesday in Houston, and ABC-7 now has obtained a cell phone video of several people trying to save him from death.

Pedro Rascon Morales, 61, lived with his family in El Paso and was a truck owner and operator for a long time. He had a wife, daughter and son, son-in-law and two grandchildren. He was working for J.J. Transport but they said that he had only been shipping for them for the past two months before the tragic accident happened.

The video shows a few people trying to get into the cab of the 18-wheeler and get Morales out of water. They were pounding on the cab with hammers and shouted to the driver as the truck was remaining in the water.

After a few minutes the paramedics arrived and the good samaritans gave them way so they could finally get Morales out of his truck.

Arturo Martinez Jr, Houston resident, said that he saw the bed of the truck floating and ran to see what was going on. At first he and other people were shouting to Morales to kick out the window but then realized they needed to do something to get him out. They used hammers from cars, tire tools and ropes. The driver was trying to grip but the water was already over him.

Morales and other 7 people were announced dead after the Houston flooding. His body is going to be sent back to El Paso so his family can bury him. They are thankful for all the kind words and sentiments and asking for privacy as they are going through a very difficult time.