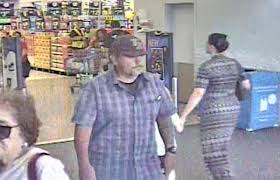 During the tragic El Paso Walmart shooting last year, one individual, caught on security cam, acted to save lives. Authorities and news outlets alike sought the identity of the mysterious man. Now, after nearly half a year, El Paso police confirm Lazaro Ponce as the identity of the hero.

After correspondence with the El Paso Times, which included multiple phone calls, Ponce agreed to an interview.

Reporters met up with Ponce in Memphis, Tennessee where he explained he was the man caught in security cam footage running a baby away from the violence. He also helped a man in a wheelchair as well as an elderly woman shot in the arm.

Police spokesman Sgt. Enrique Carrillo praised Ponce’s heroic actions during the Walmart shooting. “Not only did he remove the baby from among the dead bodies — it could have suffocated — he ran out and turned the baby over to emergency services personnel,” said Carrillo.

Following the baby’s rescue, Carrillo said Ponce returned to the store to collect towels and help the wounded.

Ponce, 43, owns no home. He and his wife struggle with homelessness and travel to find work. Ponce is a day laborer and seeks out work wherever he finds it. Hence his relocation to Memphis. Born in San Antonio, Ponce also spent some years of his youth in Juarez, Mexico. Then, at 16, he returned to the US working with relatives in Atlanta.

At the time of the Walmart shooting, Ponce and his wife lived in a tent nearby. They just happened to be inside the Walmart when the terrorist opened fire.

The shooter, a white supremacist, traveled to El Paso from Allen with the express intent of killing Mexicans. He killed 22 people that day.

The number would likely have increased if not for the actions of Lazaro Ponce.

A GoFundMe in his name seeks donations to improve his living conditions.